The 16th century Essays, by French philosopher Michel de Montaigne, are considered by many to be the prototype of the personal essay. Montaigne’s essays, spanning 107 chapters, cover a wide range of topics such as fear, repentance, marriage, education, and posting letters. The style in which the essays are written is the very style that defines the genre to this day. Personal essays are, just that, personal. They are written in the first person and narrate an event or situation in the author’s life, ideally finding some meaning in it. They are honest and involve a degree of disclosure and vulnerability on the part of the author.

Fast forward 500 years and personal essays are everywhere. Writers expound their shame, fear, and despair (and less often, their joy and transcendence) in literary journals, magazines, and newspapers across North America.  Prominent among these essays are trauma narratives, stories that chronicle an author’s struggle with a painful experience, such as sexual abuse, drug addiction, or illness.  A subtype of the trauma narrative is the harrowing essay, a kind of confessional in which an author’s experience is laid bare in a sensational and lurid manner. Harrowing essays, in particular, have seen a dramatic rise in popularity over the past 20 years.  Examples of this kind of essay would include, “On Falling in and out of Love with My Dad,” a story of incest published in Jezebel in 2015, and “I Was Cheating on My Boyfriend When He Died,” published in XOJane in 2015.

It’s no wonder that, in the same year, Laura Bennett, an editorial director at Slate, called attention to this trend, penning an article entitled, “The First Person Industrial Complex: How the Harrowing Essay Took Over the Internet.” She describes a “bar of provocation rising higher and higher,” and states that, “The ﬁrst person boom … has helped create a situation in which writers feel like the best thing they have to oﬀer is the worst thing that ever happened to them” (Tolentino as cited in Bennett 2015). Bennett’s article provoked a storm of responses across the Internet, including in The New York Times, The Guardian, The Millions, The American Scholar, The New Yorker, Salon, and it continues to reverberate today in publications such as Hippocampus and Assay.

There are many questions which can be asked regarding the harrowing essay. What psychological factors contribute to authors self-disclosing so readily and intimately in print and digital text? What gives these essays such wide appeal?  What moral responsibility, if any, do the editors and publishers have for publishing these pieces? Given that the personal essay genre, which encompasses the harrowing essay, is defined by self-disclosure, is there a limit to how far this self-disclosure should go?  If so, who should determine the standard? Finally, what qualities allow a personal essay to rise above maudlin confession to literary art?

Asking why a writer would write a harrowing essay begs the question of why a writer writes at all. To this question there are a myriad of answers. Writers write from a higher calling, to capture a world in words, to wrest meaning from experience, to offer up their version of a truth, for perpetuity, to educate, inspire, shock, touch the heart of a reader, offer refuge, gain clarity, assuage loneliness.

Perhaps writers of harrowing essays, in particular, are attempting to raise public awareness of their ordeal or trying, through the writing process, to achieve catharsis or healing. Possibly, they’re seeking attention and validation. After all, writing a harrowing essay is an easy way to catapult oneself to the front page of a magazine and achieve instant fame (or infamy).

Readers read for as great a variety of reasons that writers write, but why do they read harrowing essays? Likely for the same reason they watch horror movies, or slow down to view the carnage of an accident on the side of a road. Harrowing essays are riveting, shocking, and thrilling.  They satisfy readers’ innate morbid curiosity and fascination with the macabre. Digging deeper, Gordon (2020, 16) offers the following insight as to why readers might enjoy this genre:

Everyone gets sick or hurt, and to one degree or another, everyone heals. The trauma narrative is associated with all kinds of good feelings for the reader—schadenfreude, of course, and also the comforting sensation of inclusion in a community of people who hurt just the way you hurt. Listening to a story of pain and healing can revive a demi-religious sense of awe, because healing really does seem miraculous.

Editors and publishers defend their decision to publish harrowing essays. They claim that the demand for this highly personal writing has opened up opportunities for young, female, first-time writers, as well as for other marginalized groups who are more likely to write in this genre.

In defense of the harrowing essay’s preoccupation with the self, Sue William Silverman, who has herself written two memoirs entitled Because I Remember Terror, Father I Remember You, as well as Love Sick: One Woman’s Journey Through Sexual Addiction, says that, “When personal essayists confess, they do so artistically and bravely. Their redemption—for themselves and, hopefully, others—is in their openness, their vulnerability …  If we write unflinchingly from pain it will touch someone else’s pain. If we write honestly from loss it will touch someone else’s loss” (Silverman 2020, 6). Is it enough, though, to breathe your pain on the page in order to connect with your reader? Or must the author do more?

Writers of the harrowing essay claim that the openness and vulnerability in these essays is their strength and courage. They accuse detractors of trying to silence them, claiming they are “afraid to know emotional truths about issues such as domestic violence; addiction; discrimination of the LGBTQ community; struggles by people of color; women telling #MeToo stories; the reality of living with pain or disability, and more” (Silverman 2020, 4).

Other supporters of this genre assert that the harrowing essay must, by its nature, be harrowing; that its “harrowingness” is essential to shock the reader into discomfort and

a new way of viewing a situation. In other words, the raw, brutish form of the essay matches its content, even accentuates it.

Critics of the harrowing essay castigate editors and publishers who bring this work to light.  Bennett, at Slate, accuses editors of exploiting young, female writers who are eager to be recognized. These writers are unaware of the potential damage the publication of their stories may wreak on their lives: stigmatization, estrangement from family and friends, and an un-erasable internet footprint.  This sentiment is echoed in Berry’s article (2017, 5) in Literary Hub which says that, “Editors—desperate for ‘clicks’ to increase revenue—exploited naïve writers and published material that should have been left as private journal entries rather than shared with the voyeuristic Internet.”

Detractors of the harrowing essay also disparage its self-indulgent or “naval gazing” nature. They claim that, in its excessive preoccupation with the self, the essay fails to transcend the page, resonate with readers, contribute to the public discourse, or strive for a more universal truth.  For these detractors, the writing is reflexive, perhaps cathartic or therapeutic for the writer, but it serves no purpose beyond a kind of literary self-pleasuring. Gordon (2015, 4) in The American Scholar adds that, “autobiographical writing often does have a therapeutic effect on the writer, and sometimes on the reader too…[but] that therapy should be secondary to the central aim of creating art.”

The power of a personal essay, in particular a trauma narrative, lies in its self-awareness, modesty, and restraint. As Ross (2020, 5) says, it is incumbent on writers of this genre to “address self-disclosure as an element of craft and move away from the language of confession.” In other words, the way the author tells the story is as important as the story itself. The author must go beyond a mere recounting of experience and flare of emotion, in order to find meaning and connect on a deeper level with the reader. 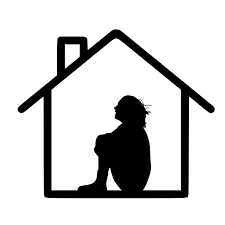 Particularly when writing about trauma, there is power in the withholding. Anyone who has read Primo Levi’s Survival in Auschwitz can appreciate that less is more when conveying cruelty and brutality. Trauma essays don’t have to be harrowing to achieve their desired effect. If the author tells the story thoughtfully and artfully, it will touch its reader because everyone has felt pain and felt alone. The essay, “Offer[s] both the writer and the reader …. relief from loneliness—not the loneliness of pathology, but the intrinsic loneliness of the human condition. This is how it is in here, the writer is saying, as he flings open the doors to his subjective home, and the reader is relieved to see that it’s very much like his own set of rooms” (Fox Gordon 2020,17).

Like any genre, “The personal essay might encompass a million painful, extravagant examples of artistic failure along with its acclaimed successes.” (Menkedick 2017). But sadly, we are a long way from redeeming the form. In June 2020, the Call for Submissions on newpages.com, a website containing information and guides to literary magazines, contains solicitations from magazines that read, “We want your shame; send secrets. Be bold. Be uncensored. Take risks.” One journal’s theme is, “Toxic—There’s a lot of sh*t out there that is ugly, messy, radioactive, contagious. What will you do with it?” Four stories on the front page of Hippocampus, a popular online magazine of creative nonfiction, feature sexual abuse, alcoholism, depression, and physical violence.

What’s harrowing about the harrowing essay is its ubiquity.  Unfortunately, the pressure on creative nonfiction writers to get “down and dirty” has not eased, nor will it ease until the teachers of the genre encourage writers to go beyond their self-absorption, and until editors show enough professional integrity to ask the very best of their writers, instead of the very worst.

Berry, L. 2017. “Virginia Wolfe: There are Way Too Many Personal Essays Out There.” Literary Hub. Retrieved from https://lithub.com/virginia-woolf-there-are-way-too-many-personal-essays-out-there/

Fuller, A. 2020. “The Examined Life May be More Worth Living. Writing about it is Another Matter.” New York Times. Retrieved from https://www.nytimes.com/2019/02/01/books/review/i-am-yours-reema-zaman.html

Ross, E. 2020. “Toward a Craft of Disclosure: Risk, Shame & Confession in the Harrowing Essay.” Assay: A Journal of Nonfiction Studies. Retrieved from:  https://www.assayjournal.com/emery-ross-toward-a-craft-of-disclosure-risk-shame–confession-in-the-harrowing-essay.html

Tolentino, J. 2017. “The Personal-Essay Boom is Over. The New Yorker .” Retrieved from https://www.newyorker.com/culture/jia-tolentino/the-personal-essay-boom-is-over